This was an important investment for the development as it enters an exciting year of transport enhancements.

The campaign was aimed at creating brand familiarity in an audience of potential home buyers in North, East and South East London, intended to ‘warm up’ these audiences ahead of the opening of the River Bus service and the Overground station.

Two target markets were identified as particularly relevant: young professionals wanting to get on the property ladder with a smart investment, and families attracted by the green spaces offer as well as the welcoming community. A set of marketing messages was refined for each target profile, focussing on the core motivators specific to each demographic group.

A lifestyle photoshoot involving real residents was the basis of an updated and refreshed bank of images, which was then used to create the campaign artwork. The creative routes made use of genuine resident stories, harnessing the real enthusiasm and advocacy shown by people living on the development today.

In addition to the campaign artwork featuring across train and tube stations in the capital, advertorials were also secured in print editions of the Metro and Evening Standard.

We feel the campaign has achieved its core objective to create heightened brand awareness for the Barking Riverside project across London. Key learnings will feed into future campaigns that BRL plan to roll out later this year in connection to the River Bus and Overground openings. 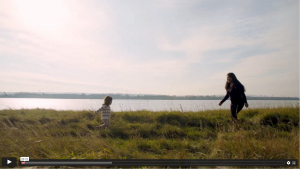 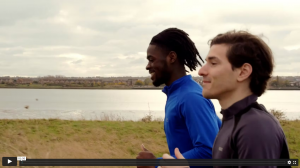 A group of resident Community Researchers has been creating an ‘impact report’ into the success of our award-winning social impact framework, Thames Futures.